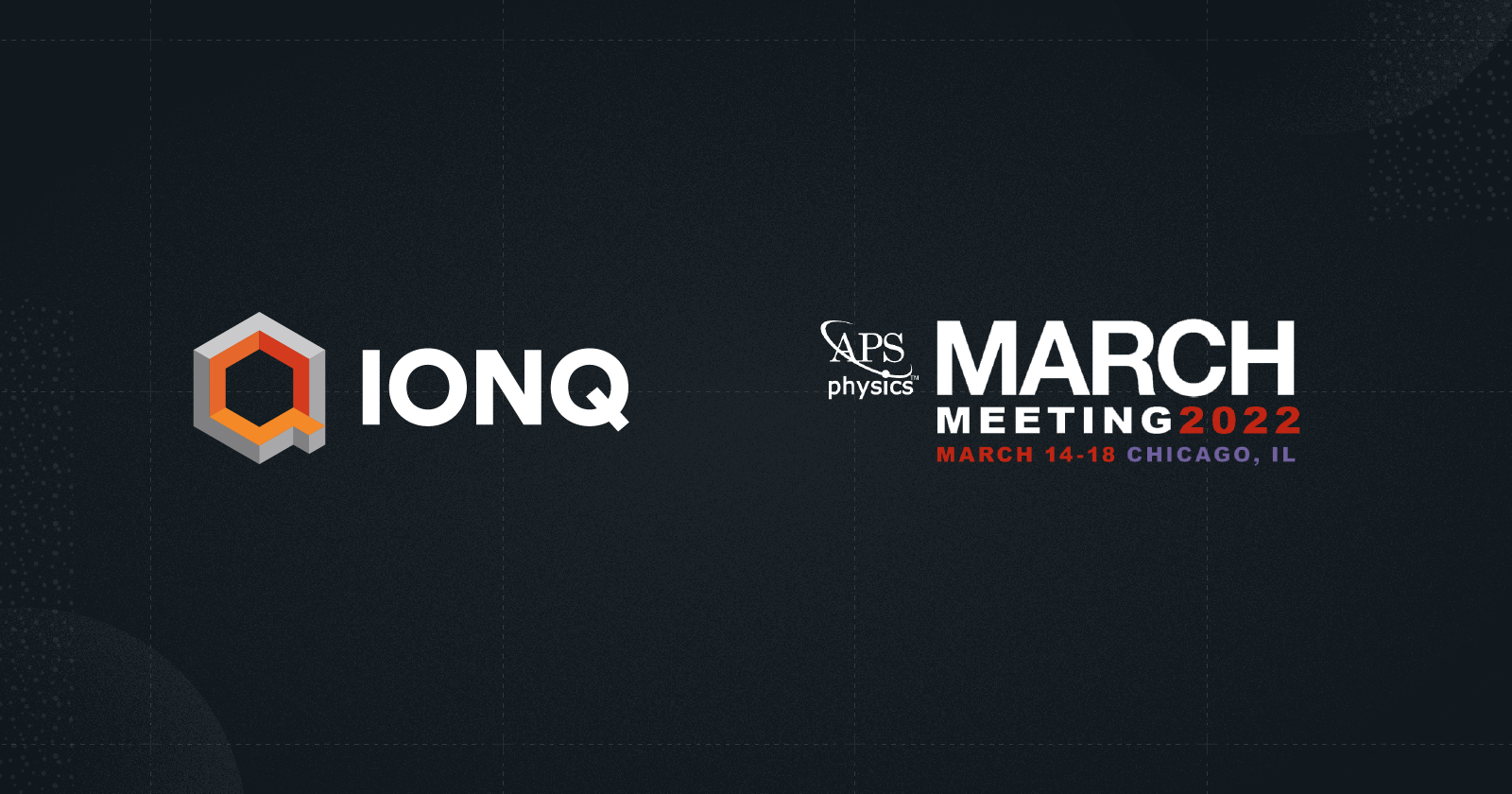 IonQ (NYSE: IONQ), a leader in trapped-ion quantum computing, today announced its participation at the March meeting of the American Physical Society (APS). The event, set to take place in Chicago and virtually on March 14-18, 2022, will bring together over 10,000 scholars to discuss theoretical, experimental, and computational advances in physics.

IonQ co-founder Jungsang Kim will be among only half of 1% of the group’s members who will be honored as a fellow of the Society this year. The honor is in recognition of Kim’s pioneering contributions to research, development, invention, and entrepreneurship in trapped-ion quantum computing, large-scale optical switches, and gigapixel-scale cameras.

At the conference, the IonQ team will present new advances and ideas in quantum computing which have resulted from research at the company's headquarters on the campus of the University of Maryland, as well as in collaboration with Duke University, The University of California (Berkeley), the California Institute of Technology, ETH Zurich, the Quantum Economic Development Consortium, GE Research and Oak Ridge National Laboratory. The presentations will include:

Pushing the Limit of Quantum Chemistry Simulations with Ion-Trap Hardware, presented by Luning Zhao. This work, done in collaboration with Oak Ridge National Laboratory, explores the use of the variational quantum eigensolver (VQE) on IonQ's high-fidelity, 11-qubit ion-trap quantum computers. The team was able to simulate small molecular systems such as metal hydrides with a 2-electron, 6-qubit active space and beyond to chemical accuracy. Research on metal hydrides can benefit development of technologies including batteries and hydrogen storage for hydrogen powered vehicles.

Generative Quantum Learning of Joint Probability Distribution Functions, presented by Sonika Johri. In ongoing collaboration with the Fidelity Center for Applied Technology, the researchers used a form of hybrid quantum computing to model the prices of Microsoft and Apple’s stock in order to develop methods that may predict future volatility.

Application-Oriented Performance Benchmarks for Quantum Computing, a three part presentation by a team of scientists, including IonQ’s Sonika Johri and Luning Zhao, from organizations belonging to the Quantum Economic Development Consortium. QEDC has worked to develop an open source suite of benchmarking methods intended to measure quantum computers based on their performance in real applications rather than on their nominal hardware details. It is the basis for IonQ’s new #AQ single-number benchmark, which IonQ has begun using in order to make the real-world performance of their systems as transparent as possible to users.